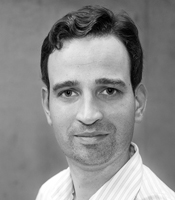 Kilian covers the two post-communist states of Czech Republic and Slovakia. Based in Prague, he regularly travels through these countries to report on economical, political and social change. His features are published in German newspapers and magazines such as Financial Times Deutschland, Die Zeit, Frankfurter Rundschau and many others. He also works for the German public radio network ARD.

Kilian graduated from universities in Munich & Prague, and attended the Deutsche Journalistenschule (German school of journalism) in Munich.