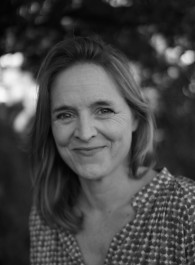 Anke Richter lives in the port of Lyttelton which was the epicentre of the disastrous earthquake in February 2011 that destroyed Christchurch. She has been reporting from New Zealand and Polynesia since 2003, after spending seven months on an atoll in Tokelau. Her new home country, Aotearoa New Zealand, still fascinates her as a bicultural nation with a rich indigenous tradition, progressive movements and a multi-faceted immigrant population. Anke’s research and writing for German magazines and newspapers such as mare, Merian, ZEIT-Magazin, FAZ, FAS, GEO, taz and Der Spiegel have sent her to “Lord of the Rings” premieres, to street gangs in Tonga, to organic farms and marae (Maori meeting houses). She observed the effects of global warming first hand in the South Pacific and was the first to dive into the conflicting aftermath of the Centrepoint cult community, one of New Zealand’s big untold and traumatic stories. Anke also writes a regular satirical column for taz about the highs and lows of her Kiwi life. After the quakes, she reported live for German TV stations (ARD, RTL, ntv).

Anke Richter was trained in a correspondent’s bureau in Los Angeles, then went on to work as a newspaper reporter and magazine features writer (Max, Amica and Playboy) and held a managing position at Roger Willemsen’s talkshows (ZDF). After writing two successful non-fiction books – one about her time in Tokelau, the other about sabbaticals -, her third book was published in Germany in 2011. “Was scheren mich die Schafe” is a written mockumentary about being a Kraut in Kiwiland – a take on national stereotypes and cultural clashes. She now freelances for a number of New Zealand publications as well, such as Metro, North&South, Next, The Press, Sunday, Public Address and The SpinOff. Her investigative feature about Centrepoint was nominated for the WinTec Press Club award in 2015.

'He's the Al Capone of sexual abuse': NZ model Zoë Brock on why she is suing Harvey Weinstein

Anke Richter
Zoë Brock is one of six women who have launched legal action against Harvey Weinstein, arguing that the sexual misconduct by the mogul - who has repeatedly denied any illegality - is akin to organised crime. The New Zealander now speaks for the first time since the class-action lawsuit was filed...
>

Anke Richter
Here's a secret: You can make tens of thousands of dollars by joining an exlusive women's circle and enjoy heart-warming sisterhood in the process. Too good to be true - or only good for some? "Circle" is spreading like a social virus throughout the world and into pockets of New Zealand. The...
>

Anke Richter
Three years after Centrepoint founder Bert Potter died, more of his victims are finally breaking their silence. Meanwhile, former members of the Auckland commune are still fighting over their versions of the truth. Anke Richter interviewed dozens of them in New Zealand and overseas, including...
>

Anke Richter
Foreign correspondent and Lyttelton resident Anke Richter wrote a satirical book about being a German immigrant in Godzone. It was released in her home country days after the February quake. Returning from her book tour she reflects on cultural clashes, inflatable sheep and funny...
>

Anke Richter
A German village can’t forget the infamous World War II bombing raid that led to the drowning of more than 1200 civilians. In a grove of rustling trees and rocks, rows of men and women pray under a bright late-morning sky. It’s the third week in May, and as usual at this time of year, the...
>

To Catch a Muttonbird

Anke Richter
For the Maori in New Zealand, the chicks of the muttonbird are a much-loved delicacy. But only families with the right ancestry are allowed to hunt the birds. One man is fighting for his right to go muttonbirding. Photo by Bruce Connew His dad was one of the best sheepshearers for miles...
>