Julica is originally from northern Germany, and based in Australia since 2001 as freelance journalist & correspondent. Her magazine features on Australia, New Zealand & South Pacific are regularly published in Stern Magazine, Geo Saison, Merian, Zeit Online and others; plus newspaper reports & columns in Tagesspiegel, Die Zeit and Germany’s leading women’s magazine Brigitte.

Her book ”Ein Jahr in Australien" published in Germany in 2007, is a witty story of her first year in Australia and sharply-observed insights into everyday life Down Under.

Julica writes on environment, travel, people, architecture & current affairs, and is interested in subjects that go beyond the clichés of sunburnt Australia to uncover its contrasts and contradictions. She travels for research all over the fifth continent.

She learnt that green ants can cure headaches, and wondered why convict descendants are tough on new immigrants & refugees. She related how a German chemist made millions from health & herbs; how goats can help prevent fires spreading, and how a nation obsessed with sport is also one of the most obese in the world.

Julica's career started in 1983 as trainee at the local Münster newspaper. After three years as staff writer at Westfälische Nachrichten she moved to Hamburg, working there for 15 years as magazine writer and freelance journalist.

During a 1999 job assignment to write about Byron Bay’s surf culture and to research a Sydney city guide, Julica caught the Sydney bug! Fascinated by this land of broad horizons she migrated to Australia in 2001. 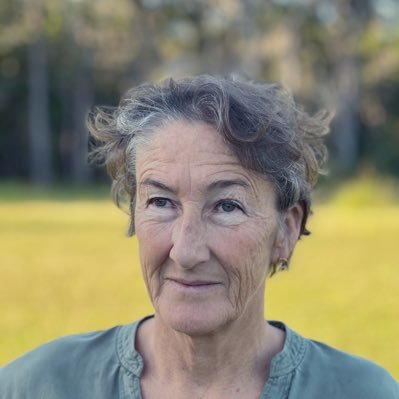 05.08.2022
Some folks should just stay at home (and leave seats and more space for us) - like this one: This is what long-haul #travel to Europe looks like right now. https://t.co/gaDLlvVWJv via @TravellerAU

30.07.2022
First had the honour to listen to #ArchieRoach and Ruby H live in Melbourne 2001. Can still hear his voice. good-bye to an impressive Australian.

27.07.2022
Until hours ago I barely knew who @KylieJenner actually was - and now I already agree with her … on changing #Instagram https://t.co/YdtWw6jhES