Other Weltreporter
East and Southeast Asia: 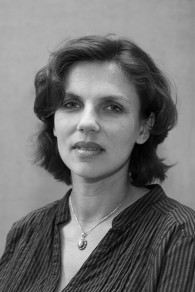 Christina Schott has lived and worked as a freelance journalist in Indonesia and Southeast Asia for 20 years. Ever since she witnessed the overthrow of the Suharto regime in Jakarta in 1998, she has closely followed the political and social developments in the region: She reported about bombs on Bali and volcanic ash in her living room, about Muslim women's rights activists and rebellious artists, about organic farms in Malaysia and villagers in the rainforest fighting against palm oil plantations.

Christina Schott previously graduated from the Henri Nannen School of Journalism and worked as an editor at the weekly magazines Stern and Hörzu. Her articles have been published, among others, in Stern, Zeit, taz, FAZ, Deutsche Welle, qantara.de and The Jakarta Post. In 2015 her book “Indonesia – A Country Profile” was released, her book “In A Wheelchair To The Orangutans” followed 2018. She is currently taking care of the office of Weltreporter.net to substitute the manager in parental leave. She also works as a freelance editor for Reporters Without Borders and the Handelsblatt.

Christina Schott
Friedrich-Ebert-Stiftung 2009 –  Only a decade ago, Western politicians started presenting biofuels[1] as a major achievement for the global environment: Fuels derived from biomass were celebrated as a relatively simple way to decrease the dependency on fossil fuels and to reduce harmful...
>

Imagine the head of a radical Muslim organisation standing on a stage together with 99 other people [...]
Christina Schott