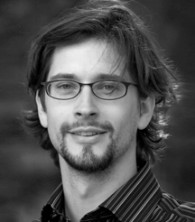 After having covered the Nordic region as a freelance correspondent for approximately ten years Clemens Bomsdorf worked as Reporter for The Wall Street Journal / Dow Jones in the years 2012 to 2014. He has recently returned to Berlin and now works as a Cultural and Press Officer at the Royal Norwegian Embassy in Berlin.

He has always been particularly interested in two seemingly different worlds: financial markets and visual arts. While the former is often seen as the most rational thing on earth, the latter appeals to irrationality. But this idea is only a cliche and that's why these two subjects are so intriguing. While psychology plays a huge role in the financial markets, it is often interesting to look at the arts (and not only the art market!) with the eyes of an economist.

As a correspondent he covered Denmark including Greenland and the Faroe Islands as well as Finland, Iceland, Norway and Sweden. Over the years he has interviewed several heads of governments and states as well as CEOs of large corporations.

Bomsdorf also wrote about arts and cultural affairs in the region, he met with Nathalie Djurberg, Olafur Eliasson and Elmgreen & Dragset as well as he shed a light on less known artists such as Magdalena Nordin.

Clemens Bomsdorf, born 1976 in Cologne, Germany, attended the journalism school and the university in his hometown and got a MSc. degree from Stockholm School of Economics / Handelshögskolan i Stockholm. He is member of Weltreporter since its founding year 2004.

In 2015 he received the Norwegian-German Willy-Brandt-award, which earlier had been given to Egon Bahr, Frank-Walter Steinmeier and Jostein Gaarder as well as Jan Garbarek.

His book "So werden Sie reich wie Norwegen" about how to use the Norwegian oil fund as a blueprint was published early 2018 and soon thereafter hit the bestseller lists of Handelsblatt and Manager Magazin. It has since also been published in Korean, further translations are on the way.

Clemens Bomsdorf
Berlin Policy Journal  | 31.08.2016 by Clemens Bomsdorf Northern Europe: Playing with Fire, Using a Small Flame Precautionary Brexit tourism among the Finns, disunity within the Danish People's Party, a clearer anti-Europe course for the Swedish Democrats. As soon as the...
>

Life As a 'Nymphomaniac' Body Double

Clemens Bomsdorf
The Wall Street Journal - Speakeasy | 28 January 2014    by Clemens Bomsdorf    Lars von Trier's new movie "Nymphomaniac" - a controversial Danish film set to hit the U.S. in the spring - carries the familiar line in the credits stating that no animal was harmed...
>

WSJ-Interview with Thomas Demand on Matisse and Mock-Ups