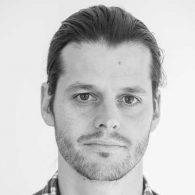 Peter Stäuber has been living in London as a freelance journalist since 2010 and writes about politics, culture and business in Britain.

He is the London correspondent for the Swiss weekly Die Wochenzeitung and has written for various other German and Swiss publications. His English texts have appeared in Red Pepper and Counterpunch.