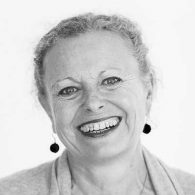 From Beirut to Betchat. After more than ten years in the Middle East Birgit Kaspar, born in 1963, moved in August 2011 to a small village near Toulouse in the southwest of France.

She concentrates on reportage and feature stories with a social and political background as well as developments in the vibrant city of Toulouse. Topics such as Islamism, anti-semitism and the difficult integration of Muslims of Arab descent have formed an unexpected link to her expertise in Arab and Middle Eastern affairs. Her work on France is inspired by a more southern and even rural perspective rather than the view from Paris.

A staff radio editor with WDR West German Public Broadcasting Cooperation in Cologne from 1995 until 2004, Birgit Kaspar was Bureau Chief of the ARD Radio Middle East office in Amman, Jordan, from 1998 until 2003. Before moving to France she spent five years in Beirut, Lebanon, as a freelance correspondent. Birgit works for Deutschlandradio, various ARD radio stations, Deutsche Welle, SRF (Swiss public radio) and ORF (Austrian public radio) as well as some newspapers and magazines such as „Cicero“, „Country“ and „Leben und Glauben“.